What to Do When You Feel God Is Wasting Time 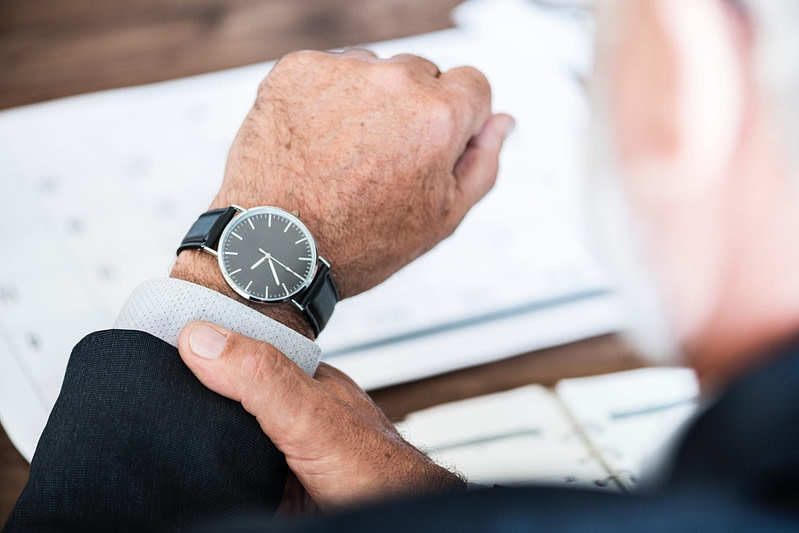 Have you ever felt like God was taking His sweet time answering your prayers or that He wasn’t moving quickly enough for you?

However, as time went on, and Jesus seemed to be taking His time for no good reason, the sisters may have begun to think, “Doesn’t He love our brother? Why is He taking so long? He should have been here by now!”

When Jesus got the message that Lazarus was sick, He remained where He was with His disciples for two days longer (John 11:6). And by the time He showed up, Lazarus had expired. In fact, He had been dead for four days. Soon after, both Mary and Martha said to Him, “Lord, if you had been here, my brother would not have died” (John 11:21, 32).

First, no matter what is happening in your life, always, always be assured that God loves you. Remember the cross. Before the Apostle John continued to reveal how the events in Lazarus’ life unfolded, he writes in verse 5, “Now Jesus loved Martha and her sister and Lazarus” (John 11:5). Why would the Apostle John insert that before continuing to write about the events that unfolded? Because the events that transpired in the lives of Mary, Martha, and Lazarus could bring God’s love into question. Therefore, he wanted the readers of his gospel to be clear in their minds that although Jesus seemed to take His time, it wasn’t because He didn’t love this family. On the contrary, it was because He loved them and us (the readers of John’s gospel) that Jesus didn’t immediately go to them when they called. Because Jesus delayed in coming to them, they got to experience the glory of His resurrection power in their lives.

Secondly, when it feels like God is wasting valuable time, we must recall to mind that He not only loves us, but that He’s in control. The seeming delays of the Lord were divine delays. When Jesus waited two days longer in the place where they sent for Him, He knew exactly what He was doing. God’s delays are not always His denials. After hearing the message that Lazarus was ill, Jesus said, “This illness does not lead to death. It is for the glory of God, so that the Son of God may be glorified through it” (John 11:4).

God’s delays are not always His denials.

God is not only in control of the outcome of what He purposed to do through your delay, He’s in control of the beginning, the end, and everything that happens in between. Often the best work that God does in our lives happens while we are in the waiting period. The waiting period is not a wasted period. Our sufferings are never in vain when we hold on to the truth and promises of God to work through them in love for our good and His glory (Romans 8:28).

Prayer is essential when it feels like time is ticking and running out. God is not bound by time. He’s not limited by time. This is why when we pray it’s vital that we first seek His face and not just His hand—that we acknowledge in prayer who we are praying to, more so than what we are seeking from Him. In the delay, keep praying until God answers, yes, no, or wait. Keep praying because prayer not only changes things, prayer will change us.

His Timing Is Perfect

Thirdly, it’s vital that we recall to mind when it feels like God is on Puerto Rican time that His timing is always, always perfect. He may not show up when we want Him to—it may feel like God is late and never in a hurry, but we can trust that He’s always on time. By the time Jesus showed up in town, Lazarus, who was sick when he first got the message, had been dead for four days. And when Jesus commanded that the stone be rolled away, Martha responded, “Lord, by this time there will be an odor, for he has been dead four days” (John 11:39). She forgot that time doesn’t restrict the Lord. In addition, she forgot that even when things looked like they went from bad to worse, Jesus was still in control. I love the way Jesus responded to Martha: “Did I not tell you that if you believed you would see the glory of God” (John 11:40). Oh, did they ever. At the command of Jesus, Lazarus walked out of that grave.

It’s interesting to note also that Jesus, who raised Lazarus from the dead, asked for the stone to be rolled away first. It’s clear that Jesus didn’t need that assistance. When He rose from the dead, He didn’t need human assistance to roll the stone away and walk out of His tomb. There’s a lesson here for us. When it feels like God is late, we need to recall that He’s in control, that He knows what He’s doing. What may feel like a setback of time is just a set-up for God to gloriously show us His power and control in our lives.

However, as we recall that in the delay God is still in control, we should never think that all we can do is wait. There are some stones that we need to roll away in our lives—there may be some commands that we need to obey before we see God show up in ways that we can’t even imagine (Ephesians 3:20-21). In fact, it may be that God is delaying to show His power, because we’ve delayed to heed His command to roll away the stones in our lives that are coming between our souls and the Savior.

A Personal Journey of Waiting

Some of the thoughts that I share here came from a sermon I heard several years ago. I heard this sermon before entering a period in my life where I would experience hardship, pain, and suffering like never before. When I thought I was out of the woods, I received news that the cancer was back, and that this time there was not much that could be done. If I had not recalled to mind during this time the three truths that God loves me, He’s in control, and His timing is always perfect, I don’t know how I would have made it this far.

Since that diagnosis seven months ago, God has turned things around. But some heavy stones had to be rolled away first. And at the time I wondered why the delay, but God in His time has showed up in a mighty way.

I received a card from a beloved sister in the Lord a couple months after hearing that the cancer was back. In the card, she included in big letters the following quote: “You have been assigned this mountain to show others it can be moved.” That was the case for Lazarus. After God moved the mountain in his life, many who witnessed it came to believe in Jesus. I believe God is doing that in my life. My testimony is opening many doors for me and others to share the good news of the gospel with the unsaved in our circle of influence. And I believe that God is not done with me yet. I see God, through my testimony, giving me a much bigger platform to proclaim the good news of Jesus’ saving grace and resurrection power.

You have been assigned this mountain to show others it can be moved.

When God Is “Late”

If it hasn’t already, there will come a time when it will feel like God is late in answering your prayer, like He’s wasting valuable time. You must hold on to the following truths, especially during divine delays: God loves you, He’s in control, and His timing is always perfect. You can bank on it. 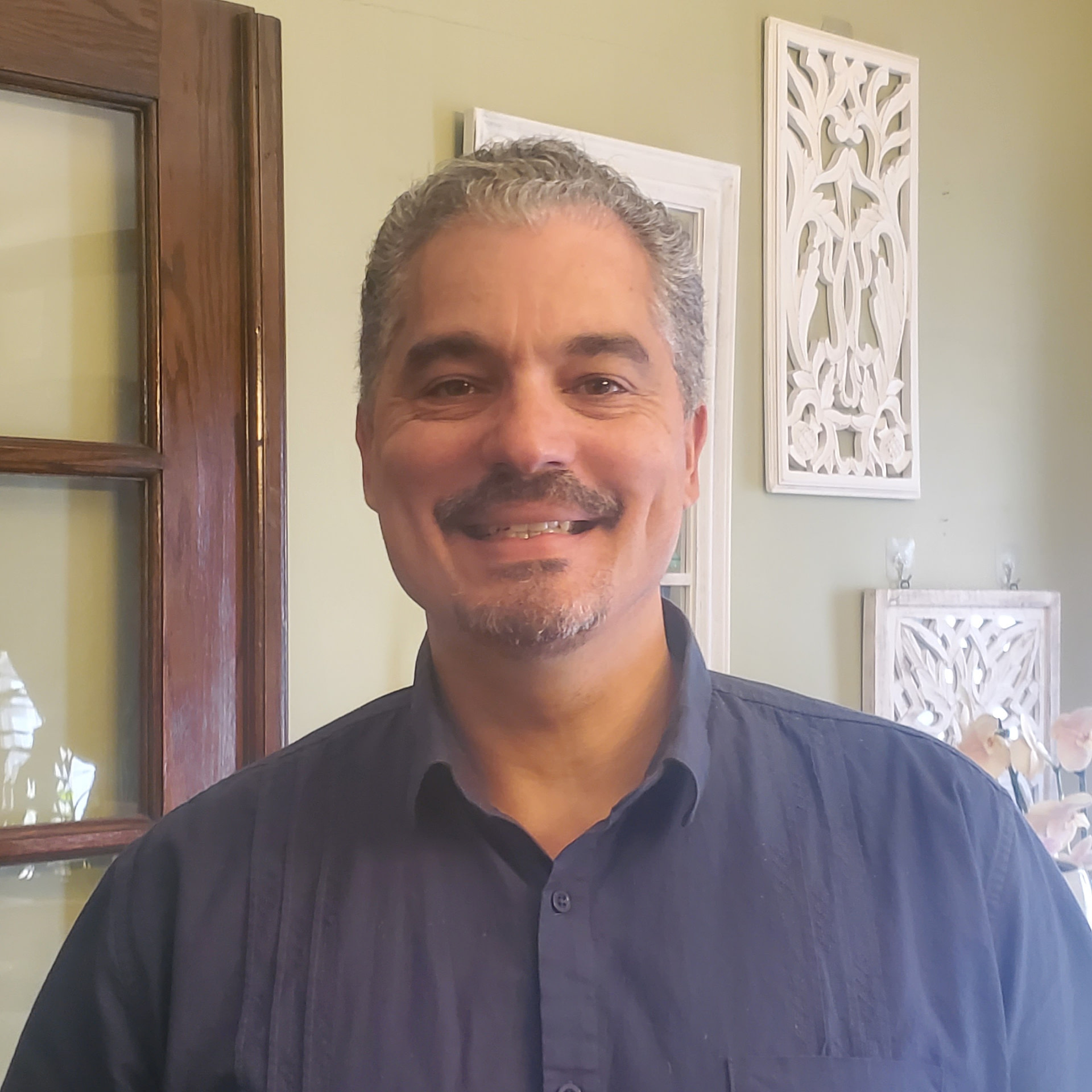 Marco David is the Sr. Pastor of Midwest Bible Church in Chicago, Illinois. After a distinguished career as a Chicago Police Officer, Marco followed God’s call to full-time ministry. He serves as a Regional Resource Leader for The 6:4 Fellowship. He and his wife, Liz, have four sons – all of whom have also become police officers in Chicago.

The Holy Spirit’s Power to Transform Your Emotions

What Enters Your Mind When You Think About the Holy Spirit?

Are you a pastor? You may be interested in The 6:4 Fellowship.